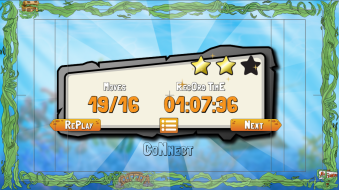 This is some concept work I did for 2Pugs mobile game; Oggy Dash. Everything was first hand drawn using Procreate on iPad, before exporting to Illustrator; creating Sprite sheets for Unity. To aid the programmers I created small animated visuals using the assets. Below is a video of Oggy eating and swimming, (put together in After Effects).

F2P game concept based on the boardgame Beehive. Initial wireframes sketched up and then mocked up in Illustrator for development team

Dark background to board